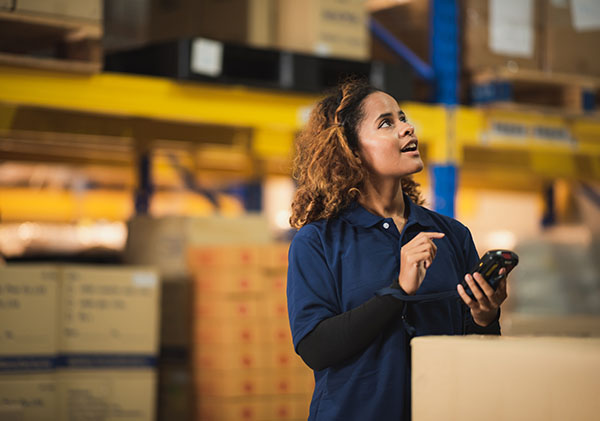 Across the Dallas-Fort Worth Metroplex, the City of Grapevine is synonymous with Destination Entertainment. When the region’s international airport arrived, Grapevine set out to take full advantage of the impending wave of new visitors. In the process, the City earned a reputation for top-notch hotels, quality restaurants, and world-class entertainment options. All those things are an integral part of this community.

But they aren’t the full story.

To truly understand the depth (and breadth) of the Grapevine market, one must look more closely. While the local economy is built to generate high foot traffic counts, it does so by offering all the hallmarks of a destination economy alongside a host of stabilizing industries, corporate employers, and small businesses. That level of market diversity is essential in case of massive fluctuations in consumer spending patterns such as those incurred by the coronavirus pandemic in recent years.

A Veteran of World-Shaking Crises

As the CEO of the Grapevine Chamber of Commerce, RaDonna Hessel has seen local business owners through more than one wide-ranging economic emergency. She took over the role in 2008, at the dawn of perhaps the most infamous recession of the 21st century: the subprime housing bubble collapse. To make matters worse, a host of her chamber members were bracing for challenges posed by highway construction near their storefronts.

“Businesses were struggling,” she recalls. “And Grapevine had started the DFW Connector project. So I came into a Chamber that was a well-run Chamber, but in a community that had some challenges for our small businesses, especially those that were along the 114-121-2499 routes. So I kind of started immediately with working on the Connector project; helping our businesses stay open and active during that time.”

Together, the City’s business owners made it through the downturn and came out stronger. Only to be challenged by a global pandemic a decade later. COVID-19 isn’t fully in the rearview yet, and it may take years for the global economy to normalize, but Grapevine fared remarkably well for a City built around travel in the midst of a massive travel shortfall.

“Everything is so interwoven, and it’s important that it all survives.,” Hessel said, “when COVID hit, first of all we had a state and a county and a City that understood that we needed to be open. That our businesses needed to have a way to survive. So it was a struggle, at first. It wasn’t pretty, necessarily, but businesses were able to figure out how to make that happen. DFW Airport is one of the strongest logistical airports that there is. You just drive around the airport on Airfield Drive and you see all of these freight companies. They may have switched from shipping computers to shipping PPE products, but they were all there and available.”

Grapevine slowed down, but it never stopped.

In August of 2020, the Urban Institute's State and Local Finance Initiative reported an average tax revenue decline of 29% in the US as a result of the first three months of the pandemic. Texas was one of several states right in line with that national trend Some states dropped even further: New York lost 37% of anticipated revenue that quarter; California, 42%. Oregon fell by 53%. Grapevine beat those benchmarks.

“We took a slightly smaller hit than I expected,” said Greg Jordan, the City’s Chief Financial Officer. “I think when all the numbers are totaled up during the audit process, we’ll probably be down about 15% from the prior year’s adopted budget. We enjoy a substantial amount of cash-funded projects throughout the year that comes from the General Fund. So, during COVID times, we were able to tighten our belts a little bit. We suspended some cash transfers, but we never had any degradation of service. We didn’t have to lay staff off, and very importantly we kept the tax rate declining.”

Jordan is quick to point out that public policy decisions made by the State and County likely played into the City’s quick recovery, but the speedy reopening of Texas isn’t the only factor at play. Worth considering, too, are all the dedicated employers who held on to staff and continued to serve the community even during the height of uncertainty. Especially medical suppliers like Henry Schein, who found themselves in even higher demand than usual.

“Since the beginning of the outbreak, we were in contact with local health authorities, as well as public health experts and global health organizations, such as the CDC and the WHO, to guide our actions, and we are prepared to take further action as recommended by authorities,” said Arnie Roberts, Director of Distribution in Grapevine. “We were, and continue to be, actively engaged and monitoring the situation with our manufacturing partners to anticipate and meet customer needs.”

During the pandemic, Roberts estimates that demand for PPE products surged by 650%. Almost one in five products the company moved across the United States that year came through the Grapevine Distribution Center; a prime example of the powerful logistics and wholesale industries that sustained the City as other businesses were forced to suspend or reduce services. The other half of Grapevine’s economy – office, IT, transportation, and other such jobs that sometimes go unnoticed because of the City’s reputation – performed so strongly that precious few resources had to be sacrificed. In fact, City leaders made sure to lower the property tax rate despite the downturn in order to give taxpayers a break.

“Typically, you see most of your local governments – and Cities, in particular – have a reliance on property tax at the 40-50% revenue of their total general fund and a much lesser dependence on sales tax," Jordan said. “In Grapevine, however, the number is flipped in that respect. Grapevine has about a 40-45% dependency on sales tax and about a 15% reliance on property tax.

“We recognize the elastic nature of sales tax, and we understand that sales tax can be up one year and it can be down another year. So we plan appropriately, and we maintain a higher-than-normal fund reserve so that in the event there was some sort of catastrophic event, or something happened, we would have a Rainy-Day Fund from which we could withdraw some dollars to help balance out... I think it’s very important to offer a variety of services, and I think it’s also critically important from a financial structure position to have a diverse economy so that you have the ability to rely on different industries.”

For a closer look at Grapevine’s powerful and resilient economy, listen to the latest episode of ‘Growing Grapevine,’ our monthly podcast about the people and policies behind this unique community’s success. 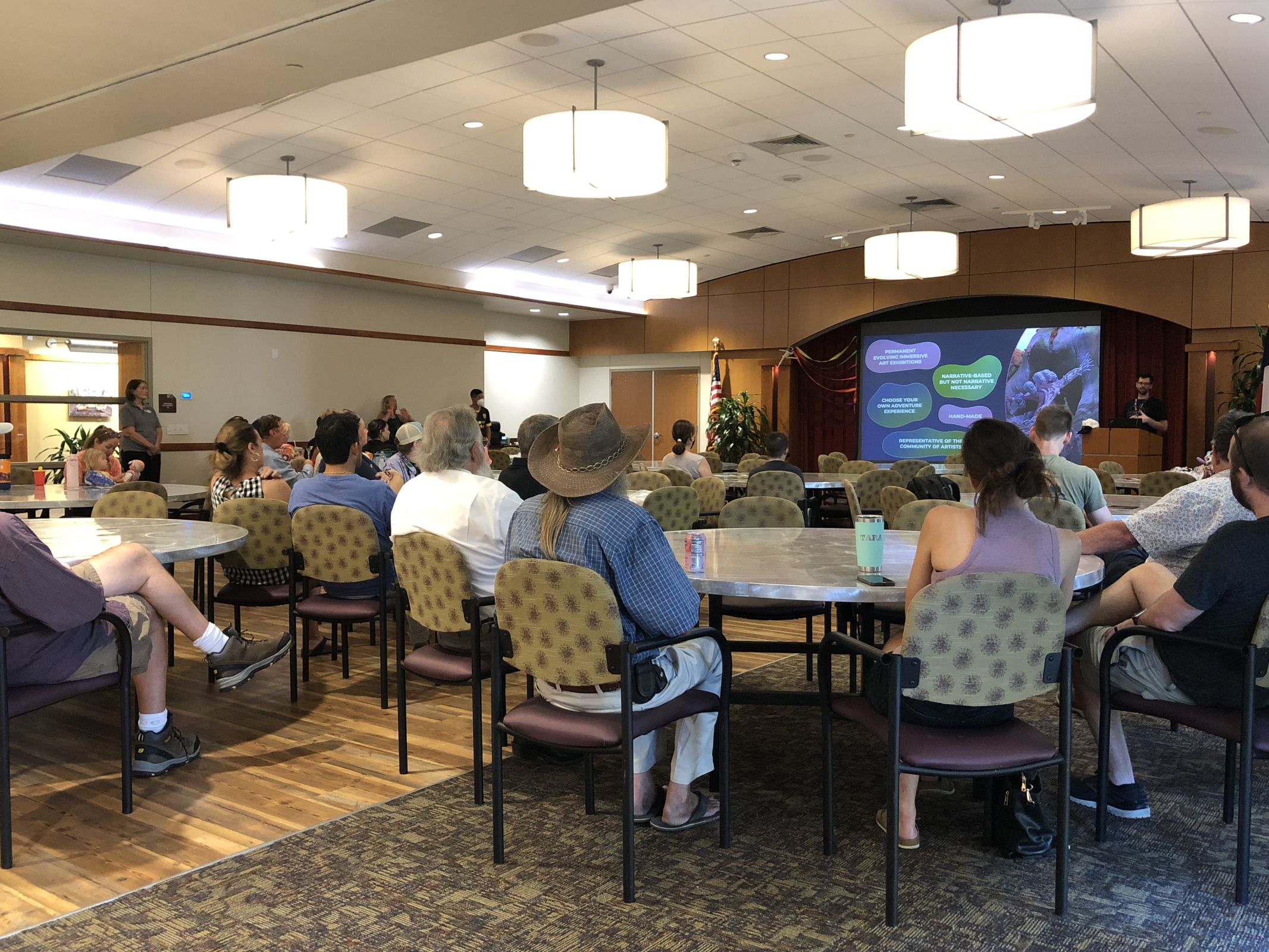 Jul 29 2022
When your specialty is "experiential story-driven immersive art," it can be tough to explain who you are and what you do. The challenge intensifies when, as a B Corporation, one of your highest priorities is community engagement and giving back. Sprinkle a brand name like "Meow Wolf" on top, an...Continue Reading

Jul 28 2022
It’s long been thought that changing companies leads to bigger bumps in pay than asking for a raise from the same employer. Now, a new analysis of government data confirms that conventional wisdom—but appears to suggest a growing gap in the fortunes of those who stay put versus those wh...Continue Reading 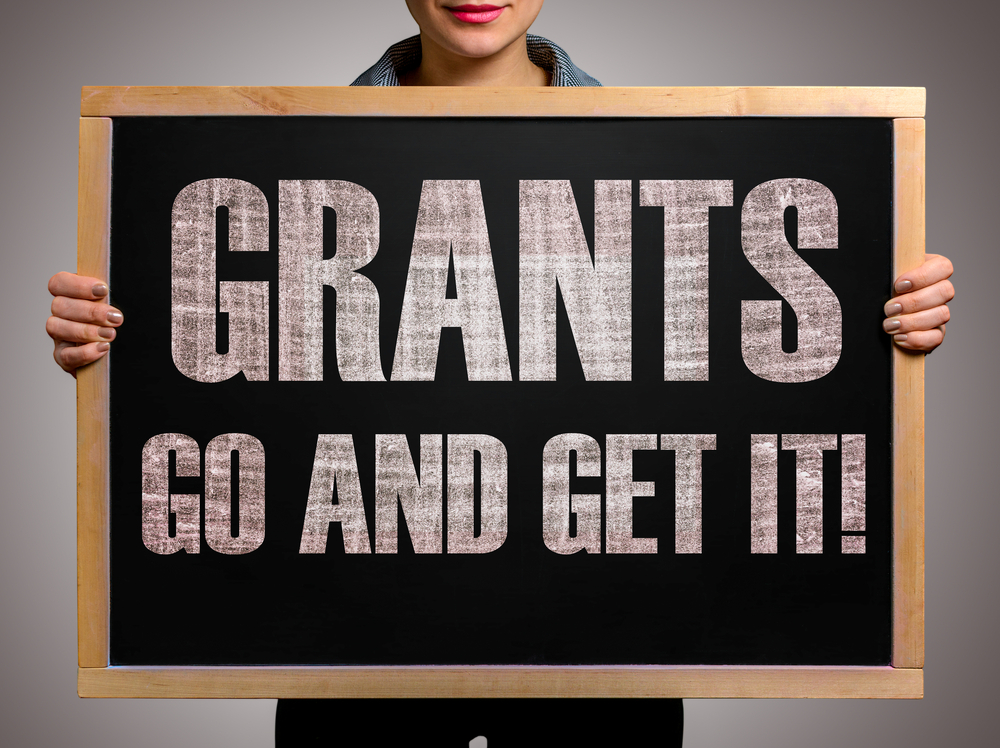 Jul 27 2022
Grapevine Economic Development is pleased to share details about the newly launched Texas Travel Industry Recovery Grant Program (TTIR Program). Community leaders have worked for over a decade to make Grapevine a travel and entertainment destination by taking advantage of our location, hospitality, and transportation assets to attract as man...Continue Reading