After a successful year at the helm in Grapevine, Larry Holt is joining the Economic Development team at Los Angeles County EDC. Holt posted notice with the City Manager’s Office and Human Resources on October 24, 2022. His last day in office will be Friday, November 4, 2022, whereupon he will be succeeded by Assistant Director Garin Giacomarro.

In just over a year here in Grapevine, Holt dramatically transformed the Economic Development department by focusing on proactive communications and ongoing dialogue with stakeholders in the City. Several landmark projects were completed or launched during his tenure, including the grand opening of Paycom’s regional operations center, the relocation of Solo Brands headquarters to Grapevine, the announcement of Meow Wolf Grapevine, a strategic review of the Transit District Overlay, and the resumption of development on “the 185;” a parcel of 185 acres in Northeast Grapevine that will soon be home to a Stand Rock Hospitality property.

Holt doubled outbound activity within the department, overseeing direct sales missions in key markets across the US while managing a pipeline of 30+ active development projects. He also fostered a more collaborative environment, engaging with regional partners to generate project leads. Inbound marketing expanded during Holt's tenure, as well: the department logged over a quarter-million engagements across all digital channels in the last year while reducing its marketing spend by 41% through strategic advertising cuts and a revamped focus on digital, in-house reporting. Visits to choosegrapevinetx.com rose by 66% under his leadership, in part because of his enthusiastic support of the ‘Growing Grapevine’ eNewsletter and podcast. On Holt’s recommendation and with the support of the City Manager’s Office, Garin Giacomarro will assume the role of Acting Director for the foreseeable future. Giacomarro, a Grapevine native with nearly a decade of experience here at City Hall, will focus on the completion of current projects and the continued evolution of the City’s critical corridors for the time being, with more announcements to come in the months ahead.

More information is available on the department’s Staff and Contact pages.

Nov 2 2022
The Texas Travel Industry Recovery Grant Program (TTIR) is open to all food services and drinking places November 1st-22nd who have a NAICS 722 code operating in the state of Texas. This is a grant program that awards $20,000 to Texas privately owned for-profit and non-profit businesses that suffered economi...Continue Reading 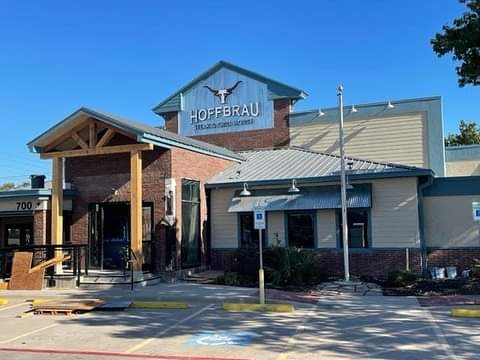 Nov 2 2022
With another prolific month of new openings, the City of Grapevine is officially on-pace to issue more verified new certificates of occupancy this year than last! Only two months remain in the calendar year, but we're averaging 13.7 new businesses per month in 2022. To see a full listing o...Continue Reading

Nov 1 2022
With its low tax burden, Texas allows businesses to invest in growing their workforce, improve facilities, and boost their bottom line. Texas extends several broad incentives and financing options for companies considering relocation or expanding to the state. Its reach is far as home to more than 1,600 foreign-owned companies...Continue Reading