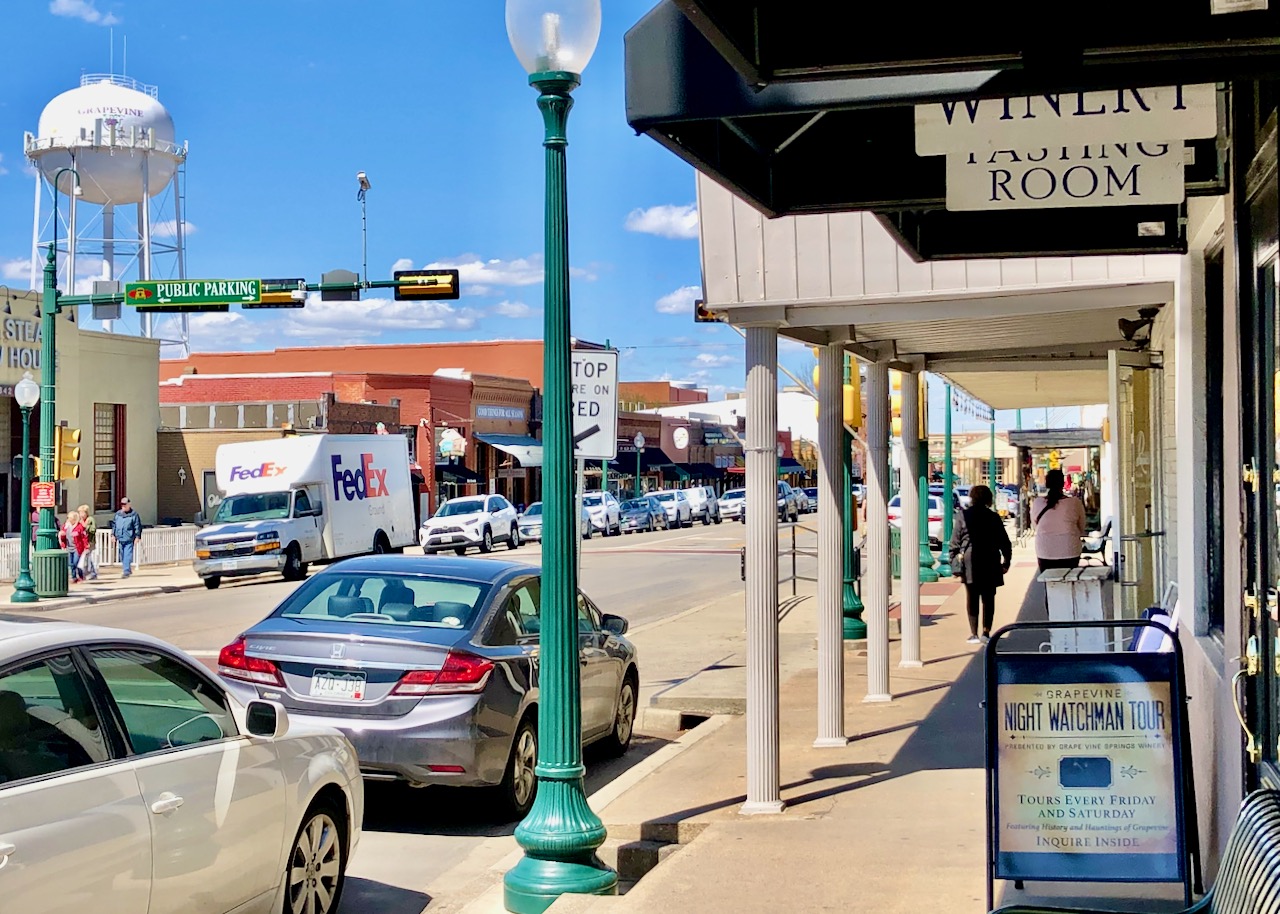 Few cities (or citizens, for that matter) are as proud of their history as ours. Established by treaty in 1844, the City of Grapevine is the oldest settlement in Tarrant County. For much of the 20th century, the town thrived because of its location along highways and railroad tracks that connected cities and settlements across the state and the nation. While the most notable booms in development have been relatively recent, the most recognizable stretch of the city draws its charm from days long before the population reached five figures.

Centered around Main Street, Grapevine’s Historic District is home to Victorian-era homes and steam engines as well as iconic red brick storefronts preserved over the years by owners and entrepreneurs who understood the unique draw of the location. Many of them leverage that draw in their own unique ways today.

Besgrove has owned and operated Grape Vine Springs Winery, one of several tasting rooms on Main Street, since 2004. Six years after opening his first location, he decided to launch another tasting room in the stockyards of Fort Worth. It was there that he uncovered a new angle on a classic business. 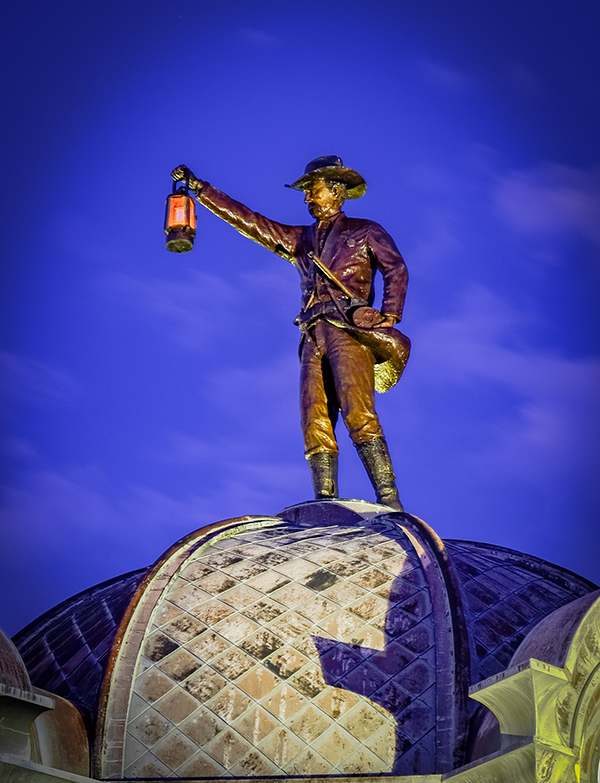 “Within a month or so, we realized we were very haunted in this 100-year-old building,” Besgrove told staff from Grapevine Economic Development. “So my tours started there, in the stockyards, because there’s a lot of hauntings and history in the Fort Worth Stockyards. And since the success over there was pretty darn good, I decided I could probably dig up some ghosts in Grapevine. And that was the case... over time, we’ve really been able to get a lot of information from business owners and property owners about the activities in Grapevine.”

There’s no shortage of history in either city, but researching for a ghost tour is a little different from traditional historical research. It requires more first-hand experiences because records of specters tend to be more fraught than building permits and newspaper clippings of traditional historical significance. But there’s at least some crossover, and Dave was able to confirm the historical elements of the tales on his tour with secondary sources.

“We try to really get 1-on-1 people who have experienced things. The history is easier to research because you can Google that; you can actually get facts there. So with that, and the people and the stories – if they’re experiencing different things in their building – that's pretty much how we tie it together,” he said.

“I wrote all the scripts, but I do – depending on the person, because I’ve had several with a theater background and they’re awesome – I do ask them to put their own spin on it. I don’t ask them to embellish it, but I ask to put their own spin because everyone’s got a different style, a different mode of telling the story. And I think it’s good that they do that because you can go on my tour here with either tour guide and it is different.”

CROSSING THE STREAMS: WHY GHOSTS ARE GOOD FOR BUSINESS

Over the years, Besgrove has refined the tour and given up hosting it himself. Nowadays, a pair of talented tour guides lead groups up and down Main Street most Friday and Saturday nights at 7:00 pm. The winemaker says demand tends to pick up around Halloween, and groups of 10 or more are welcome to book a private tour at their convenience, but otherwise there are steady crowds from week to week. The only exception? The tour shuts down in December, when the sidewalks here in the Christmas Capital of Texas are already overflowing.

“This has become very successful... typically, I see more people on the tours and I have to add extra tours in October, because of Halloween. But throughout the year, we pretty much have people every week. I have them on Fridays and Saturday nights, but I do limit it because sometimes we’ll get a bunch,” Besgrove said.

The City of Grapevine helps a little, too, providing Besgrove and his team with access to the TicketLine system used to facilitate major events. That means less work for his team because the system handles sales and scheduling, reducing his overhead expenses and letting him focus on the essential parts of the business. It also means extra exposure: people looking to book another excursion might just stumble across the Night Watchman Tour.

“That’s very nice of them [to let me use TicketLine]; it’s a great system. It’s easy to use... so it’s perfect for something like that because they do a lot of advertising for me, as well. It does bring people in; it’s a great revenue stream and I want to introduce people to my winery who have not been here. That’s why I offer a free glass of wine with the tour.”

“One of the reasons I started it was that it was interesting to me, and I thought ‘well, this is another revenue stream.’ It also brings people into my winery. So, it’s kind of a two-fold thing, and it has been a very good income stream.”

GET AN IN-DEPTH LOOK AT THE NIGHT WATCHMAN TOUR IN THE LATEST EPISODE OF OUR PODCAST, GROWING GRAPEVINE. 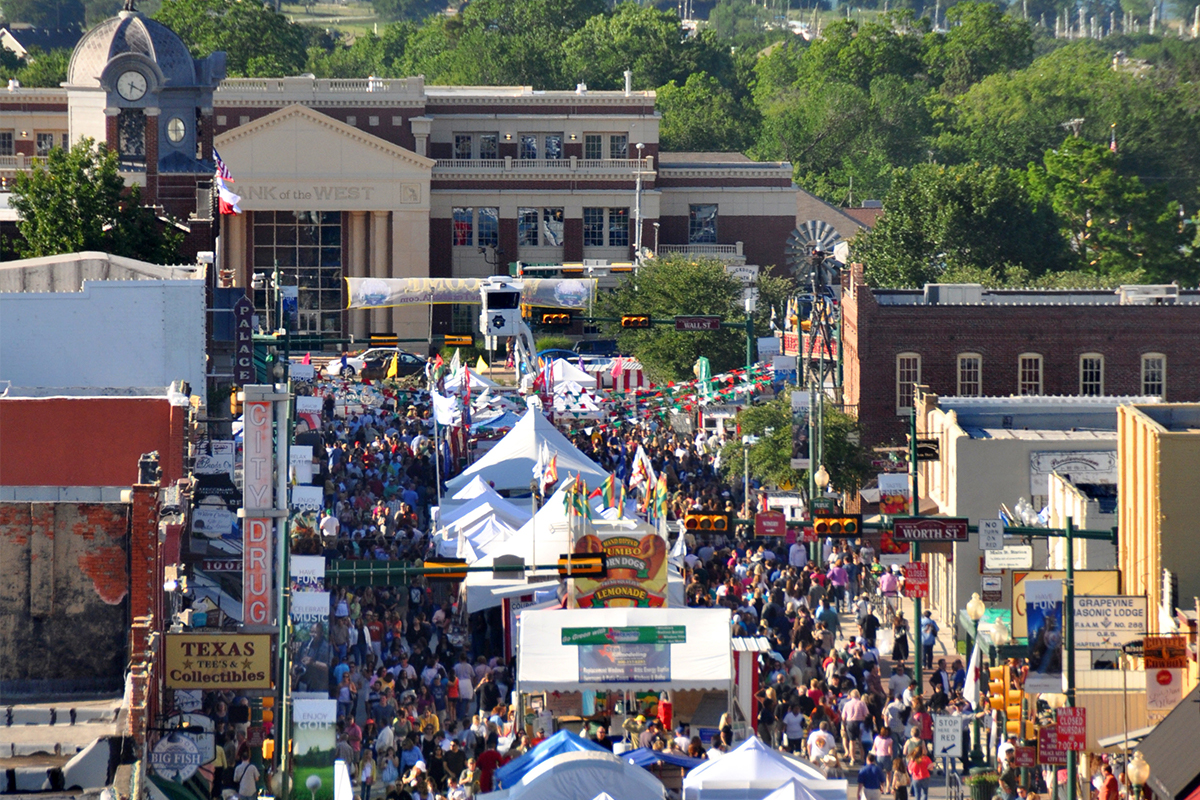 Mar 29 2022
Spring is in the air, bringing visitors to the extensive and varied Grapevine, Texas, retail scene. All of those added footsteps bring added tax revenue during the “spring break” season coming to a close at the end of March. Julia Sizemore, President, Historic Downtown Grapevine Association, said the increase in Downtow...Continue Reading

Mar 23 2022
Profile of the Consultants Survey Respondents At least 80 percent of those responding to our 17th annual Consultants Survey work with manufacturers of durable goods, with some of these consultants also working with other manufacturers, and three quarters are working on distribution/logistics projects. Nearly half represent clients in data processing/computer-related sector...Continue Reading

The 2021 Top States for Doing Business Reflect Their Locational Advantages

Mar 22 2022
When we last took stock of Area Development’s Top States for Doing Business, it was a bit hard to gauge what “doing business” was even supposed to look like. In 2020, the country was riding one wave of COVID-19 after another, mixing times of turmoil and concern with ripples o...Continue Reading