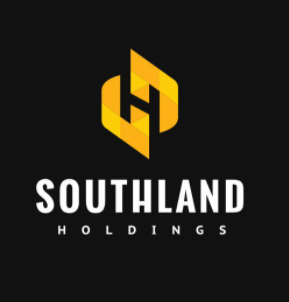 Grapevine, Texas – September 30, 2020 - Southland Holdings LLC announced today the acquisition of American Bridge Company, a global leader in complex civil engineering, bridge construction and rehabilitation, marine construction, and specialty structures. The Coraopolis, Pennsylvania-based company was founded in 1900 as a JP Morgan-engineered merger of 28 bridge and structural companies. Over the past 120 years, American Bridge has built a rich legacy through record-breaking spans and preeminent engineering and construction techniques worldwide.

“The acquisition of American Bridge into the Southland Holdings family is an exciting addition and natural fit, as we continue to build on our diverse and dynamic position as global leaders in infrastructure engineering and construction,” said Frank Renda, CEO of Southland Holdings.

American Bridge, forged in the American industrial renaissance of the early 20th century, has erected thousands of signature bridge and specialty structures. After its founding, the company began to operate on an unprecedented global scale, giving rise to a company town – Ambridge, Pennsylvania – that still exists today. From the construction of the iconic San Francisco-Oakland Bay Bridge in the 1930s to the modern marvel San Francisco Self-Anchored Suspension Span in 2013, American Bridge has never shied away from challenging projects. Many of these projects are landmarks, including the original Tappan Zee Bridge, Verrazano Narrows Bridge, Straits of Mackinac Bridge, Chesapeake Bay Bridge, the world-record breaking Queensferry Crossing, and the recently opened Governor Mario M. Cuomo (new Tappan Zee) span.

Many of American Bridge’s projects are historical icons: Yankee Stadium, Sears Tower, The Louisiana Superdome, Disney Monorail, Petco Stadium, and the Las Vegas High Roller, the world’s tallest observation wheel. In addition to their construction success, American Bridge committed 100-percent of their capacity from 1941-1945 to America’s defense efforts including manufacturing 199 Landing Ship Tanks. No horizon was off limits, as American Bridge has constructed space shuttle launch complexes, submarine bases, and the 120-foot-diameter Unisphere for the 1964 New York World’s fair.

With this acquisition, Southland Holdings returns American Bridge to a US-owned firm after 30 years of foreign ownership. Through a mutual belief in pride of construction, safety values, and engineering excellence, Southland Holdings family of companies is a dynamic, innovative, and capable infrastructure contractor.

Southland Holdings LLC., based in Roanoke, Texas, is the parent company of Johnson Bros. Corporation, American Bridge Company, Oscar Renda Contracting, Southland Contracting, Mole Constructors, and Heritage Materials. With the combined capabilities of these six subsidiaries, Southland has become one of the largest and most diversified industry leaders within infrastructure construction space. Our groups serve the transportation, tunneling, heavy civil, bridges and structures, water treatment facilities and conveyance, alternate delivery, and engineering markets. With the addition of American Bridge, the Southland Holdings continues as a family-owned organization with experience in 60 countries, with approximate annual revenues of $1.5B and $8.4B under contract. To learn more about Southland Holdings, visit www.southlandholdings.com.

Preparations for the “New Normal”

Jun 26 2020
Until an effective treatment is proven or a vaccination is widely distributed, we’ll continue to have more questions than answers regarding a succinct definition or timing of the “new normal.” However, what we do know now is that the COVID-19 crisis has exposed the over-reliance on just-in-time global supply chains...Continue Reading

Jun 25 2020
COVID-19 has significantly altered the landscape for businesses globally that will reverberate well beyond and into the future. Manufacturing and supply chain decisions for corporations have had to make adaptations due to the massive disruption from this pandemic. Understanding and implementing the new norms will be quintessential to success i...Continue Reading

The Nature of Incentives Compliance in the Age of the Coronavirus

Jun 25 2020
Economic development compliance is historically a long process, one that is typically managed over a multi-year time frame. Companies have negotiated incentives to help offset costs associated with growth and expansion and count on the economic benefits as part of their strategic growth plan — specifically, their plan for buildin...Continue Reading