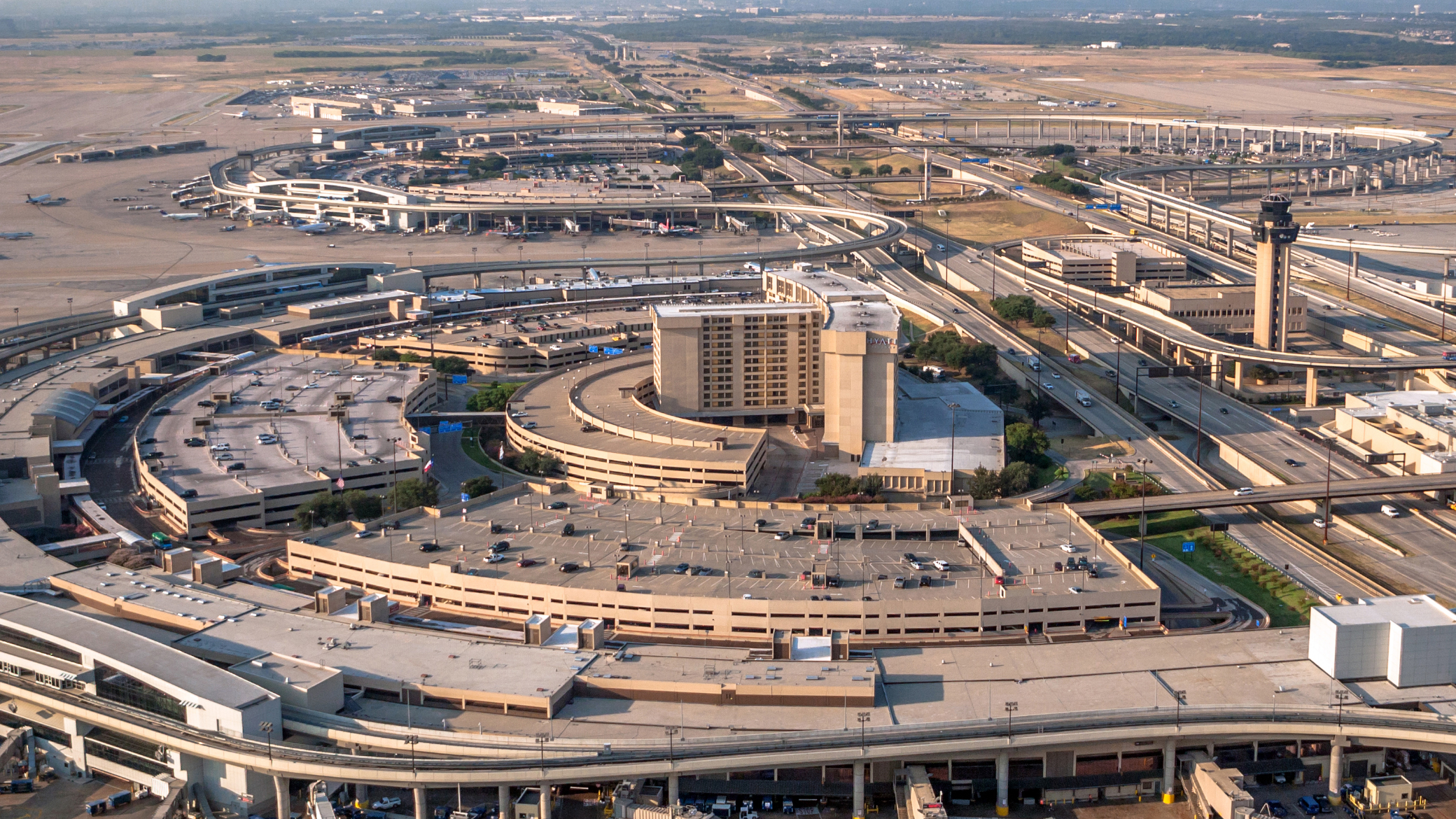 When you fly into the Dallas-Fort Worth International Airport – as roughly 73M people did in 2019 – your first step on solid ground will be a step into Grapevine. For half a century, DFW Airport has been the gateway that brought the world to North Texas; a key factor in the development of a region that now ranks among the fastest-growing in the nation.

As the second-largest airport in the United States, DFW moves more passengers and cargo than almost any other provider; ranking 4th in the world for passengers and 3rd for passenger traffic in 2021, according to Airports Council International. That makes the airport a valuable tool for companies that need quick access to supplies or reliable transportation to and from in-person meetings. Together with the State’s pro-business mindset and the availability of real estate, that incredible access to goods and labor helped to shape this region. Which is exactly why John Brookby, VP of Commercial Development at DFW, loves his job.

“What brought me to the airport as an interest was really the fact that the airport is so impactful in our region,” Brookby said. “It helps our economy and really makes a difference in the lives of individuals and companies across the board. That’s the main thing that really gets a lot of us jazzed in the morning.”

A History of Collaboration and Growth

A private pilot on his own time, Brooky grew up an avid fan of Aviation. He thinks of his position at the airport as a combination of two passions: flight and real estate. It’s no surprise, then, that he sees the development as an important and impressive example of regional collaboration dating back to a time when such partnerships were rare.

“The region, working with the FAA, came to an agreement in the 60s towards a single hub airport instead of distributing the traffic between the two cities [Dallas and Fort Worth] in the region. At that time, of course, the whole nation was really gearing up towards the jet age. There was a recognition that the aviation infrastructure really needed to up its game from the airports that came before,” Brookby said.

“It was one of the earliest real, true inter-city types of cooperative efforts that brought the region together and helped North Texas – the DFW Metroplex Region – come together and focus around an asset that would serve the region for a long, long time to come. That’s been our story over the last forty-plus years, to make that happen.”

And happen it has. On top of the accolades mentioned above, DFW Airport ranks high on the list of strategic assets that cement business leaders’ choice of North Texas. A survey of site selectors ranked Accessibility and Infrastructure as the second-most important factor in choosing a location, behind only the workforce itself. That narrative holds true across internal discussions with stakeholders here in Grapevine, and in broader discussions with regional chambers of commerce. The ability to move both people and goods efficiently has only grown more valuable since the airport opened in 1974, and DFW is now one of the 50 most internationally connected airports in the world; ranking 5th overall in the United States.

“We take it very seriously and we believe we have a strong responsibility to continue to serve our region and really maximize our opportunities for all of our residents and all of our businesses to continue to be an economic powerhouse here in North Texas. Connectivity, in various forms – be it people or goods – is one of the lifelines to our success as a region,” Brookby said.

“We’ve made some strategic moves to really improve and enhance our ability to serve the cargo markets. It’s a long-term, almost generational, opportunity that we have to really help serve that transition that our economy is having here, locally as well as globally, towards goods that need to travel that quickly.”

The Crossroads of Opportunity

If you’re going to be the driving economic force for a region, it helps to have a wealth of partnerships. While the Cities of Dallas and Fort Worth share ownership of the airport, Brookby is quick to point out that DFW also benefits from the variety of communities that play host to its physical structure. Most of the 17,200-acre property sits within the geopolitical boundaries of Grapevine. But the airport, which is larger than the island of Manhattan, is almost a city unto itself: complete with its own zip code and emergency services. And just like the famed borough, DFW prides itself on being a center for all kinds of commerce.

“All these different cities and what they’re focused on sets up a nice matrix for the airport – and the air traffic generated by it – to really serve multiple different markets at the same time,” Brookby said.

"We see it as an opportunity to serve different markets with our air travel and, more broadly, the economic development we’re providing to the region... for example, the entertainment and hospitality strength that Grapevine has, playing host to many conventions that come to North Texas. Obviously, that’s an opportunity for the airport and our airline partners to really do a great job serving that market and connecting us to the nation and the rest of the world.”

In Brookby’s opinion, the conjunction of excellent markets for residential, entertainment, and business developments make for a strong and diverse backbone. While residents of one City may see the airport primarily as a tool for tourism or staying connected to family, corporations just a few miles away may rely on it for national and international business travel. Most everyone who shops online in this area can expect DFW to handle their purchases at some point.

And, of course, the influx of travelers on both sides of the spectrum is a boon to hotels, restaurants, and retailers here in Grapevine. Placer.ai estimates that just over 1 out of every 4 visitors to Grapevine in 2021 made a minimum of two trips to DFW airport: enough for a round-trip flight. That implies that DFW generated roughly 2.1 million visits to the portion of the City that sits outside the footprint of the airport itself... in a year when global demand for aviation was only halfway recovered from the coronavirus pandemic.

Those numbers make a strong case that the City of Grapevine made a wise investment when offering up a significant amount of land to host the airport, then building a destination economy that could thrive with its support.

TO LEARN MORE ABOUT DFW AIRPORT AND ITS ROLE IN OUR COMMUNITY, CHECK OUT THE LATEST EPISODE OF THE GROWING GRAPEVINE PODCAST.

Mar 1 2022
Texas is going to need a bigger trophy case. Sports teams win trophies for accomplishments big and small, but championship trophies are the singular physical representation of a team’s season’s worth of hard work and dedication.  Players and coaches who work hard enough to win a championship proudly hoist their trophie...Continue Reading

Mar 1 2022
Grapevine is angling for a Music Friendly Community designation from the Texas Music Office. The city held the first of a series of workshops this week setting it on a path to receiving the designation, according to a news release from the city. The designation would foster growth among the music community...Continue Reading 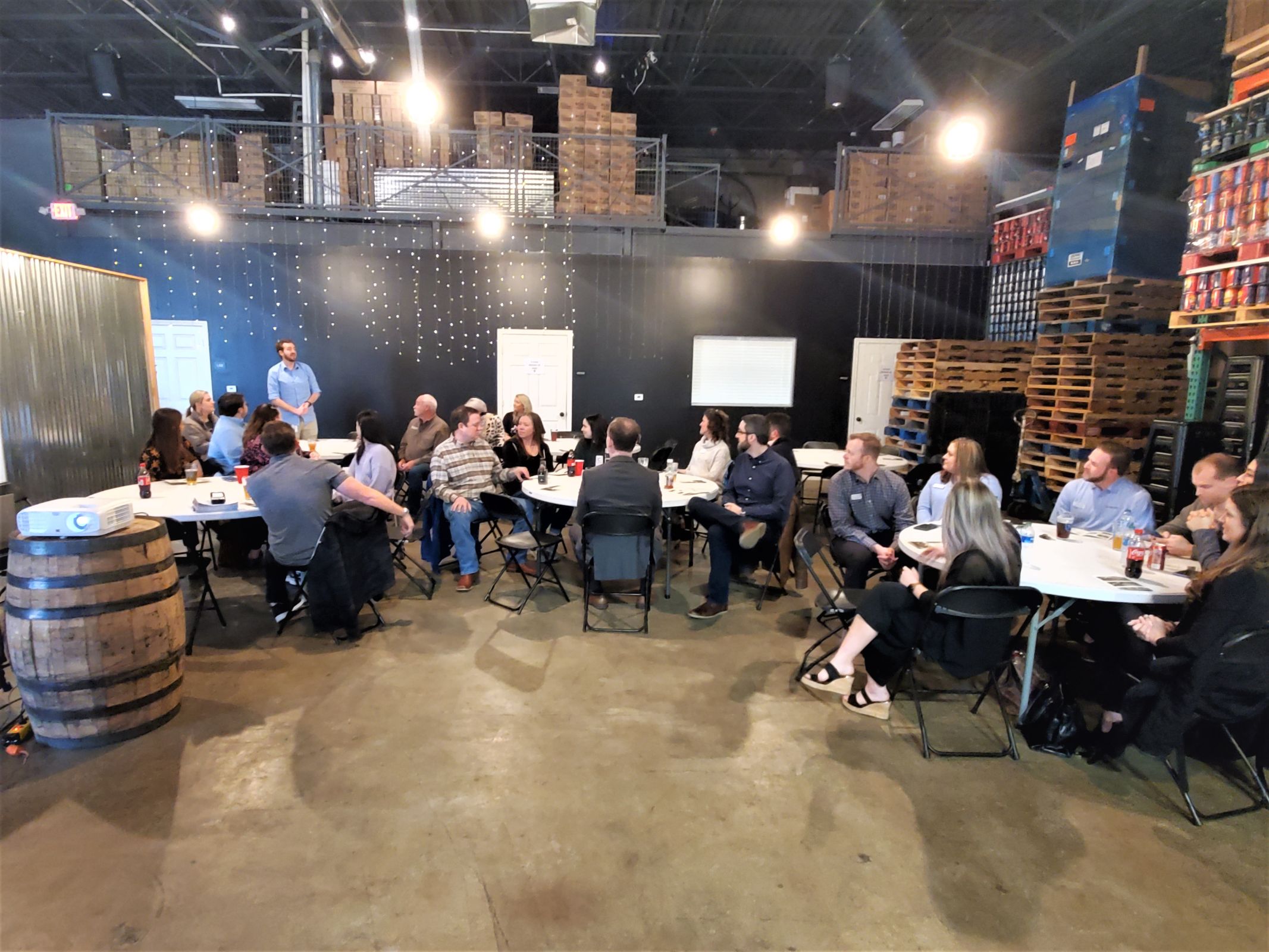 Feb 18 2022
Business in Grapevine, Texas, is thriving; so it should come as no surprise that Grapevine Young Professionals is, too. This Chamber of Commerce group is made up of members aged 21–39 who are focused on networking, professional development, and bettering the Grapevine community.  “In 2011, the Grapevine Chamber's Board of Director...Continue Reading